We are a team of industry leaders. As practitioners, we firmly believe in comprehensive care. As innovators, we provide this care with the most up-to-date technology, knowledge, products and services available. As people, we value each one of our patients and their individual needs.

Our practice is proudly independent and South Australian owned and operated. Part of a long legacy of optometry in Adelaide and surrounds, we welcome generations of family members as they continue in our care.

Karl grew up in Toowoomba in country Queensland and followed his passion for physical sciences directly from school into the Bachelor of Applied Science (Optometry) degree at QUT in Brisbane. Since graduating alongside Lachlan in 2007, Karl has worked in many reputable practices around Australia whilst also acquiring a Graduate Certificate in Ocular Therapeutics.

Karl has called Adelaide home since 2011 and has been a member of the South Australia state road cycling team since 2012. His keen interested in cycling has seen him race state, national and international cycling events including taking the SA state road championships. He also supports independent media, locally made products where possible, and minimalism.

With an evidence based approach to eye care, Karl is interested in ocular therapeutics, a topic he guest lectures to Flinders optometry students, and general health care. With a partner who is studying medicine, it’d be hard not to! He is also interested in dry eye disorders, inflammatory and infectious eye disease, contact lenses, colour vision, diabetic eye disease and binocular vision disorders.

Karl is a member of Optometry South Australia, Cornea and Contact Lenses Society of South Australia, Amnesty International, Norwood Cycling Club and Cycling Australia. Karl donates blood every 3 months and has fund-raised for children’s cancer research through the Great Cycle Challenge and the SA bushfire appeal. 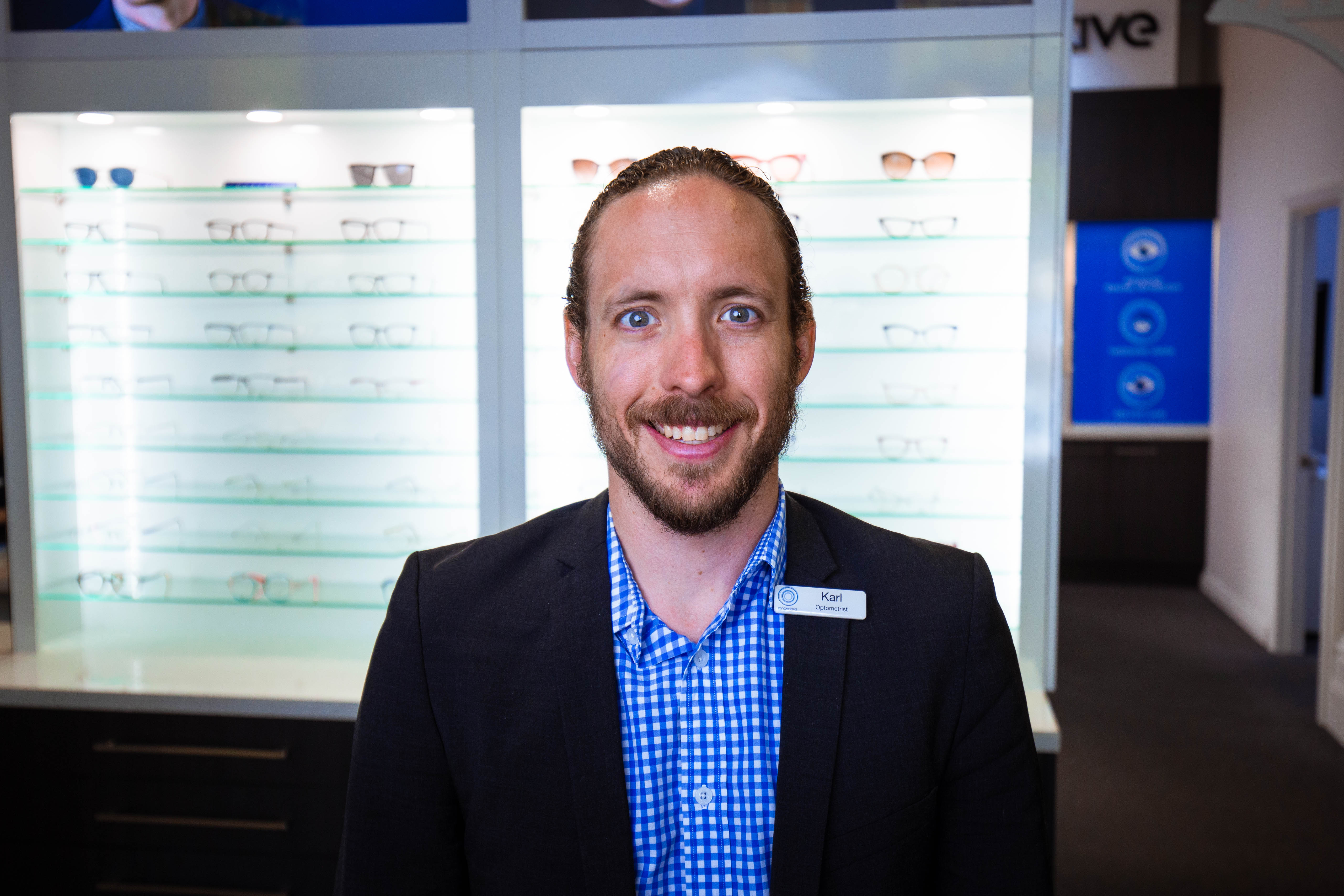 We’ve made it super easy to schedule your next appointment with our online booking system.

Just pick a location above and click the "Book Online Now" button.